All of these things are orange flavored liqueurs, but can you tell the difference between them? Don’t worry, that is what we are here for!

Here is the skinny: the basic orange liqueurs really only come two ways, like triple sec or like curaçao.

And what does THAT mean?

Triple sec and curaçao are both categories of liqueurs and distillation styles, and can be made by multiple different brands.

Curaçao is originally from the island of Curaçao, but was popularized by the Dutch after they began producing it themselves. It is made using a brandy base and flavored with bitter orange peels and sugar. It is very sweet and heavy, especially in comparison to triple sec.

And just as an aside: Blue Curaçao is just curaçao that has been colored to make it blue, sorry kids.

Triple Sec means “triple dry,” and is indeed less-sweet than curaçao. It is originally a French product, its base is a neutral grain spirit, and it uses less sugar than curaçao. No one quite knows how the “triple” part came to be in the name, because it does not directly correlate with the liqueur — it is neither triple distilled nor three-times as dry as curaçao.

And now, for the gut-punch. As much as Cointreau and Grand Marnier would like you to think that you are drinking something completely special and unique when you drink their products, they are actually dirty dirty liars. 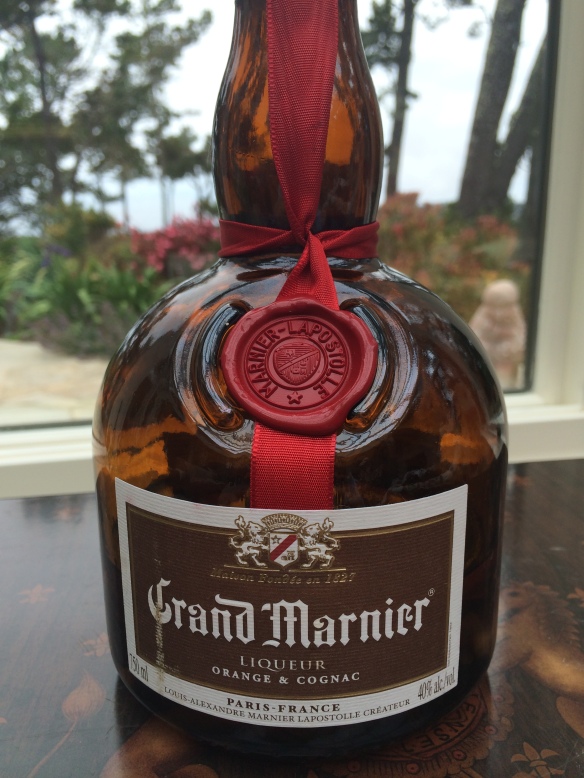 Grand Marnier actually sued to ensure that they would not have to include any reference to curaçao on their bottles in an effort to further confuse consumers, so if you take a close look you will not find that word anywhere on the product, even though that is exactly what it is. Grand Marnier actually manufactures a triple sec as well, but it is not available for purchase in the US.

Cointreau is not quite as tricky, but they have also worked hard to make sure people say that they are drinking Cointreau and not triple sec, without knowing that there is no difference.

So there you have it, the truth behind the curtain of the orange liqueur world, do with it what you will.

Have a wonderful weekend, everyone! We’ll see you back here on Monday!