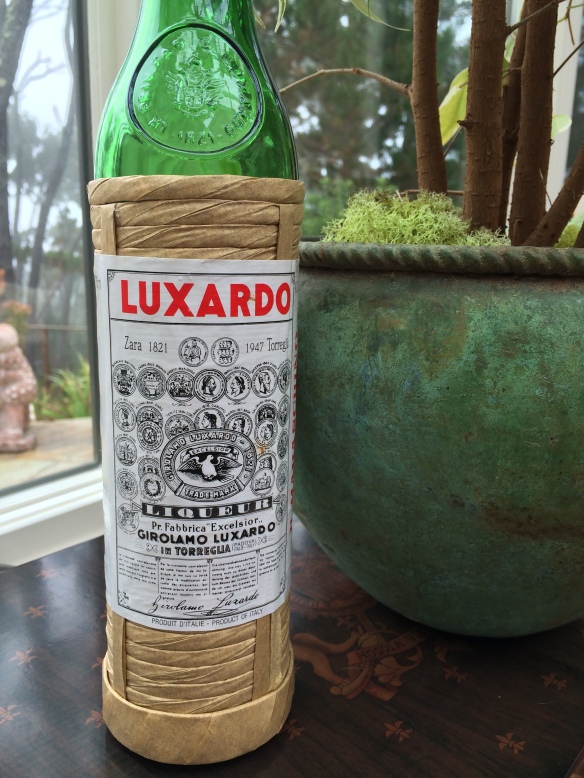 When we started to plan out what we would focus on for this week’s liquor spotlight we initially dismissed Luxardo simply because we assumed we had already covered it in the past. When we discovered upon further investigation that no, we had NOT ever covered the liqueur in-depth we were both shocked and appalled — and we knew that this slight had to be rectified immediately.

So lets talk about Luxardo, maraschino cherries, and why you shouldn’t have one without the other!

To begin at the beginning, Luxardo is an Italian liqueur company founded in 1821. Their flagship liqueur is their maraschino, but they also produce a wide range of other liqueurs, non-alcoholic syrups, and garniture.

As those of you who routinely check out our recipes will know, we are in love with Luxardo’s maraschino cherries. In the beginning, maraschino cherries were made by pickling marasca cherries in maraschino liqueur. The cherries became incredibly popular in Europe and the US, but given that these cherries came exclusively from Europe and were expensive to import, people in the US began investigating ways to more cheaply manufacture them domestically. And thus wrought the horrific formaldehyde-covered “maraschino cherry” we are most familiar with today. Those cherries, usually made from Rainier cherries and non-alcoholic sugar syrups, were originally required by the FDA to be labeled as “imitation maraschino cherries” but some legal maneuvering during and directly after prohibition got those restrictions removed, and the bright red devils are now freely referred to as maraschino cherries, even though they could not be farther from the real thing.

The maraschino cherries produced by the Luxardo brand today are about as close to traditional, real maraschino cherries as you can get. The process for making them has been altered slightly since the original, but they are still far, far superior to the kind you will find on top of an ice cream sundae.

And this takes us back to Luxardo’s most popular and well known product: the maraschino liqueur. 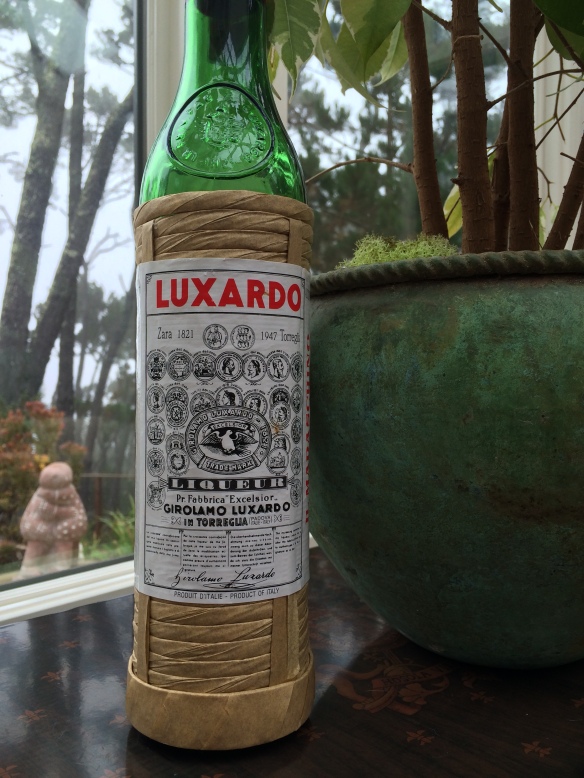 We have been absolutely in love with this product for years, and often use it as a secret ingredient in traditional cocktails to take them up a notch.

For some examples, check out our Manhattan and Old Fashioned recipes, both of which include a splash of Luxardo Maraschino. Taste test those against a more traditional version, and we guarantee the ones with the liqueur will win out.

A tiny splash of this stuff in a simple drink adds a burst of flavor and complexity that will immediately have guests enchanted. We never use more than 1/2 an ounce in a drink, and tend to stick with a bit less, which is usually all you need.

For that reason, a single bottle (which will run you about $34) should last you quite a long while — and to top it off the bottle itself is rather gorgeous and great to display on a counter or bar top to impress guests with your fine taste and impecable class.

So go out and get yourself a bottle!

Have a wonderful weekend everyone, drink responsibly, and we will see you on Monday!