Happy Friday and Happy 4th of July, everyone!

We certainly hope you are all out rollicking in merriment in celebration of today’s holiday, but we still wanted to put out a very special liquor spotlight.

Today, we are focusing on one of our all time favorite liquors, which just so happens to also be quintessentially American. Nice how that worked out, right?

It’s time to talk about Bulleit.

We think at this point our love of Bulleit (bourbon and rye) is rather clear — but we still wanted to give the delicious nectar its very own spotlight, since we really do swear by the stuff.

Bulleit is a whiskey brand that produces a bourbon and a rye.

It was first produced in the early 1800s by Augustus Bulleit, who continued to distill it until his death in 1860. After that, the brand shut down until his great-great grandson, Tom Bulleit, decided to revive it in the late 1980s. But it wasn’t until 1999 that the new version of Bulleit was reintroduced to the American market.

Bulleit Bourbon is a small-batch bourbon, and markedly different than many other bourbons on the market–characterized by a much higher rye content, making up about 28% of the mash used in the distillation process (all bourbon is made using a grain mixture that includes rye, barley, and corn, but in order to legally qualify as bourbon it must be made from at least 51% corn mash).

Bulleit is also aged for 6 years before it is bottled, which sets it apart from many of the other brands in its range. 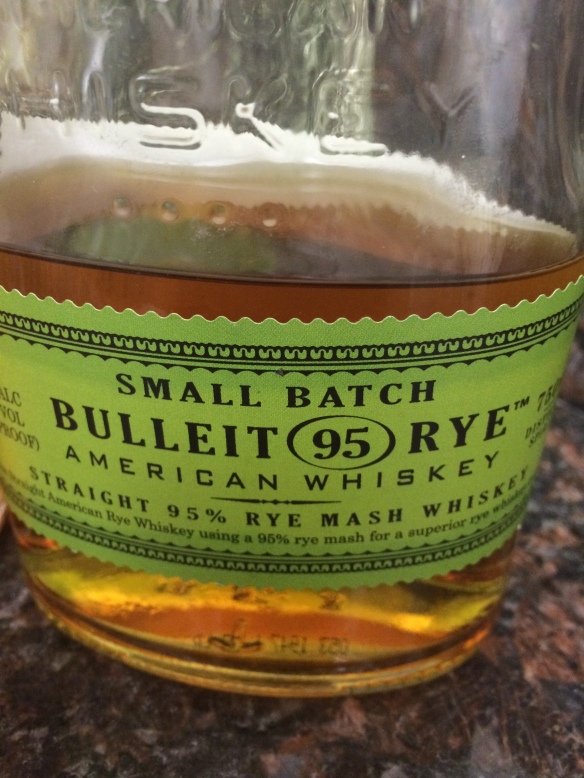 As we said up top (and in many, many of our previous articles), we are enormous fans of the brand. Bulleit is an incredibly smooth liquor with a very unique, bold flavor that far exceeds that of its competitors. And at only $25 a bottle, it is not going to break the bank to add it to your liquor cabinet. We love it, and we think you should love it too.

So the next time you are ordering a bourbon drink at a bar, or making one for yourself, make sure to choose Bulleit. As always, we promise you will not be disappointed.

We hope you all have a fun, firework & booze filled, long weekend celebrating the good ol’ US of A!

Make sure to be safe and drink responsibly, and we will see you back here on Monday!